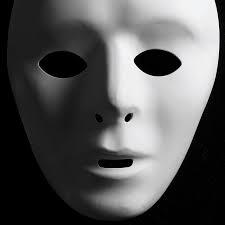 There is a reason doubt comes up for you when someone promises something and you recognize an inner flicker of angst.  I ignored the eyes this time around because they reminded me of someone of whom I needed to face in my life; someone who has abandoned me several times over.  I think meeting this person was the universe’s way of mirroring that other person and helping me to heal in some of those areas that were deep and dark and sad.  So I accepted the bait because the only thing I ever wanted from the person who abandoned me, was acceptance, and this mirror person did just that… but the eyes.  Something was lacking.  They were dim and clearly angry. Void. Flat. Stripped – like me now, but I ignored that part because I trusted the clever mask and opened myself up to some kind of love.  I gratefully opened my heart up wide, willing to be hurt.  I made this statement and this was large for me.  This was quite unusual, and in retrospect, I understand that I did this for myself – to show my soul that I wasn’t afraid.

Not of being hurt.   This has already occurred several times over, and I’ve inflicted some pain too.  I’m not innocent.  “It takes two to tango” he says never taking responsibility.  This gets to me because of how many times I have apologized and yearned for some sort of meeting of the hearts, but I think the opposing heart in this situation has been taken over by the mind that tells him that he is right.  So be it.  Be right.  Stand up in your righteousness. “Leave me behind in the wake of your angry dysfunction and remind me that I am too much of a project for you.  Because that’s what I’ve always been to you since the beginning.”  A project.  Huh.  I imagine myself under his scope; metal pieces scattered about.  Missing pieces.  Pieces everywhere.  Too many pieces for him to fix.  This is his point of view.  I’m under the scope with him, yet all the while, I am feeling completely whole.  Shaken, but whole.  Only someone who needs to control what I am would be so willing to call me such a miserable thing as a project.

There was never light behind those eyes.  Only darkness.  I noticed.  I noticed right away and it scared me, but I remained terrifically open.  And here I am whole, shaken and fearful.  Fearful that this fight isn’t over.  That it is only brewing bigger.  And I will have to hold myself together in this one piece without shattering or succumbing to the rage; his and mine.  Survival mode.  I’m tired of surviving.  The men, they come, they take, they expect.  They expect.  They expect.  They expect.  I don’t give in.  I don’t give what I don’t have because this would deplete me.  This angers them to no avail.  Abandonment, or penance.  They choose one and I take it all in.  I suck it all up again and again and again.  And this is what they’ve deemed as love, but I know better. To prove something to my precious soul, I was open to take even this penance, which is merely another form of depletion.  I should have saw it coming.

He was that mirror, and I took the bait thinking that it was some sort of cosmic offering, but it was merely unbridled retribution.  Acceptance from another human being is an illusion.

Even if the seductive words ring a bit of truth – The eyes, they never lie.